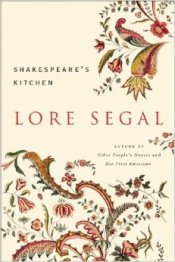 Lore Segal will read from her work on Tuesday night, April 29th, at 7:30 in the Mitchell Green Lounge on the top floor of the McCullough Center.

Segal is a celebrated novelist and author of eight books for children, nominated for the Pulitzer Prize in 2009 for Shakespeare’s Kitchen, a novel.  Born in Vienna in 1928, she was among the first group rescued from Hitler during the Kindertransport mission.  Her stories about being a refugee were later published in The New Yorker and elsewhere.

Her stories of assimilation and struggle, in various forms and genres, have won her a wide, admiring audience and numerous awards and prizes. She has taught at Columbia, Princeton, and Sarah Lawrence, among other colleges.

This reading is sponsored by the Department of English and American Literatures and the Bread Loaf Writers’ Conference.